Upgrades and updates are coming to People First’s Chancellor Apartments on Bleecker Street in Utica, which is wonderful news to Gloria Green.

Green, who has lived in Chancellor for 9 years, said she views the building as a safe and secure place, aside from slow-closing accessible doors on the ground floor.

The renovation of Chancellor is part of the first phase of IMPACT Utica, a decade-spanning revamp of properties operated by People First, formerly the Municipal Housing Authority of Utica. The first phase also includes the redevelopment of 700 Broad St. into affordable housing.

Green said lighting in the living room and new floors are needed, but she admitted she would prefer to keep a bathtub over the shower included in redevelopment plans.

Green said she’s been assured she can move into an empty, updated apartment when the time comes to renovate her current unit. She’ll have the option to return to her original apartment once construction is complete.

“Municipal Housing is very good to live with,” Green said. “They help us out in so many different ways.” 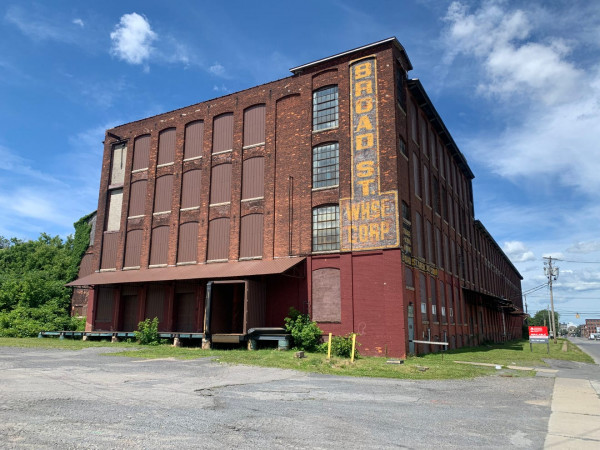 An increase in housing growth and options in the city prompted People First to evaluate their offerings and decide to renovate, said Robert Calli, executive director of the nonprofit, at a press event Wednesday.

A needs assessment of People First’s entire inventory was completed pre-pandemic, with the projected price tag expected at $250 to $300 million. The four phases will be spread over a full decade, with Chancellor and the new Broad Street property first for completion.

Chancellor was originally constructed in the ‘70s. Calli said it was a great building, but sterile and institutional in its feel and appearance.

New colors and materials are expected to break up the monotony. Each floor will have a separate identity and the community room, where People First held the press event, will be transformed to allow for more and different activities.

The Broad Street project will incorporate primarily single-bedroom units, along with some two-bedroom. The redevelopment will feature lots of window space and approximately 20 units per floor, with in-unit laundry, bathrooms and bulk storage.

“The standard we bring to a project is very simple: You should never be able to distinguish between affordable housing and market-rate housing,” Calli said. “Socio-economic status should not play a role in determining the type of housing that one should live in.” 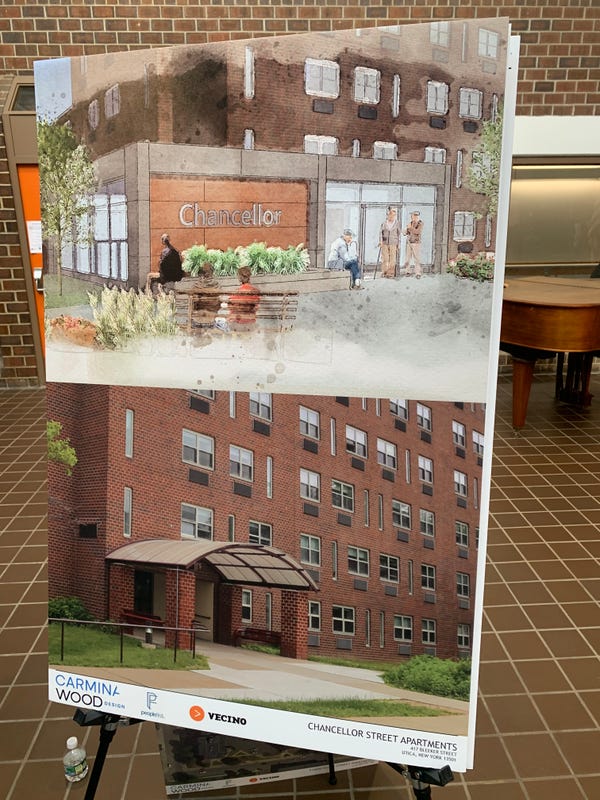 People First is aiming for a start to construction in the first quarter of 2023, with a timeline of 14 to 20 months. The projects will be constructed concurrently.

While each phase will look to rehabilitate housing projects, some will require a more involved approach.

“The buildings have outlived their useful life in some instances and they need to be rebuilt,” Calli said.

State affordable housing tax credits will be a major piece of funding the projects, as well as other state funds for affordable housing initiatives. There will be some hard debt which will be paid over a 25-30 year window, Calli said.

"We have a duty, not a responsibility but a duty, to help the people that need help within this community,” Calli said. “When 30% of your population is at or below the poverty level, that in and of itself demarks and denotes why affordable housing opportunities within this community are so important.”

Steve Howe is the city reporter for the Observer-Dispatch